New Zealander David Hamilton and Italian Giampiero Castagna achieved the top awards in the modalities of equal voices with accompaniment and a cappella, respectively.

The general secretary of the Amadeus International Contest of Choral Composition has named the wining composers of the awards at the 9th occasion the AICCC has been held. The winners were announced in the website of the Coro Amadeus association of Puebla de la Calzada.
This time, the contest proposed the composition of works for equal voices in two modalities –»a cappella» and «with piano accompaniment» – especially aimed at children-teenagers choirs.
It is a booming format that has provided high quality works and that, according to the president of the jury, the Extremaduran Alonso Gómez Gallego, will be of great interest to many children-teenagers choirs. This circumstance made the organization to certify the classification of the second and third best works in each modality – a fact not initially considered in the contest’s rules.
In category A (a capella). the awarded works are:

In category B (with piano accompaniment), the winners have been:

This activity was founded in 2006 with the aim of enriching the Spanish and Extremaduran music-choral heritage. In the 9 occasions the AICCC has been held, it has received works from more than 30 different countries, with about thirty works published, and has registered the absolute premiere of more than 50 works. 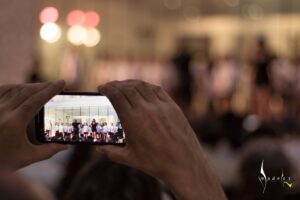 The winning composers will each receive a prize of € 500 in cash, and a promotional package for dissemination. In addition, the rules of the financial help with which the organization will reward those groups which take on the absolute premiere of the works of the AICCC will be published shortly.

The jury was made up by the Extremaduran Alicia Martín, teacher and choir director at the García Matos conservatory in Plasencia (PhD-award wining from the University of Extremadura); Alicante musicologist Aurelio Martínez, choir director and artistic-technical member of the International Board of Habaneras and Polyphony of Torrevieja; Cuban composer and choir director Beatriz Corona; and Portuguese Filipa Palhares, conductor of the award-winning Choir of the Gregorian Institute in Lisbon. Alonso Gómez Gallego, professor, researcher and choral director from Puebla de la Calzada, has also been a member of the jury. 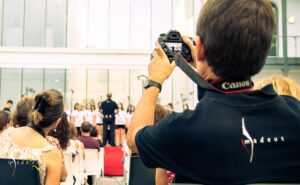 The IX AICCC is part of the activities of the Amadeus Choir Project 2020 developed by the eponymous association in order to spread music and vocal-choral work.